Day two of Amazon Prime Day is more than halfway over in the US, and the clock is ticking if you want to snag the best deals. How much time is left? That depends on where you live, so we’ll give you an answer for as many time zones as possible.

Amazon Prime Day isn’t like Black Friday, where deals will frequently extend beyond Friday into the weekend. When Prime Day 2021 ends, most of the best spotlight and lightning deals will abruptly stop, particularly for Amazon devices. Some companies will extend their deals into Wednesday, but since that isn’t a certainty, why wait?

For the UK, it’s pretty simple – it was midnight BST for the end of deals days, and while some deals remain, many are dead and gone now. Sorry.

For US shoppers, Amazon is operating off PDT, as their offices are based in Seattle. Amazon Prime Day officially ends at midnight PDT (west coast time) on Wednesday morning, giving you less than 12 hours as of publication.

Here’s when Prime Day 2021 will end in your time zone:

As for folks shopping in Europe, Amazon has made the end of Prime Day relative to your time zone. Amazon UK’s Prime Day ended at 12:00am BST on Wednesday morning, meaning you have eight hours fewer than US customers to snag any last deals. French and German shoppers had until 12:00am CEST, and so on.

As for Australian shoppers, you appear to be a special case. It’s already Wednesday morning there, but you have until 5pm AEST to snag deals from the Amazon Global Store as Amazon Australia benches itself against the US, as some deals can still be shipped to Oz.

And how long do Prime Day deals last?

Good question. As we’ve mentioned, this year’s Prime Day deals officially end at midnight tonight. The good news is that Amazon will be continually releasing new deals between now and midnight, so there’s plenty of time to bag a bargain (if it’s not already midnight).

Just bear in mind that these deals will run for differing amounts of time – firstly, depending on what type of Prime Day deal each one is; and secondly, on how long stock actually lasts. There are two main types of Prime Day deal:

Deals of the day
These promotions run for a set amount of time, or until the product sells out. New ones are released throughout the day, and you’ll see a timer on the product page, showing you have long you have left to claim each deal – and in reality, the good ones have been on sale for quite some time and are already selling out, so be quick.

Lightning deals
These are fast promotions in which a limited number of discounts are offered on an item for a short period. These deals don’t last long, but if you have Prime, you get 30-minute early access.

You’ll need a Prime membership to get access to most of these deals, but if you’re not signed up, you can still take part with a free 30-day trial of Prime. Amazon says it’ll be releasing lots of new deals throughout the entire 48-hour sale, so there’s still plenty of time left to grab a bargain. However, many deals have already sold out too so if you see something you like, it’s a good idea to grab it while you can.

What to buy before Prime Day 2021 ends

You came here to find out when Prime Day ends, so clearly you’re hoping to get some last-minute shopping in before Amazon metaphorically puts up the ‘Closed’ sign and shoos everyone off of the site.

Below, you’ll find several of our favorite deals that should still be available right up until midnight. You could also check out our round-ups of the best Apple Prime Day deals, best PS5 game deals, best Prime Day Kindle deals, or our list of 50 cheap Prime Day deals under $50.

Amazon Fire HD 8: $44.99 at Amazon
Save $45 – The Amazon Fire HD 8 is at its lowest ever price right now with a brand new $45 discount dropping it all the way down to $44.99. That’s $10 cheaper than its previous cheapest price, which makes this an excellent buy for anyone after a cheap tablet this Prime Day.
View Deal

AirPods Pro: $189.99 at Amazon
Save $60 – We haven’t seen the AirPods Pro drop down to this $189.99 position for a long time – they’ve been stuck at $199 for a few months now. However, you’ve got another chance to grab these premium ANC earbuds for an extra $10 off right now. Move fast, though, because these are likely to sell out.
View Deal

iPad 8th generation (32GB): $299 at Amazon
Save $30 – Amazon currently has the latest 8th generation iPad available for its lowest price yet thanks to a $30 discount. This is a particularly popular offer but you’ll find the Space Gray, Gold, and Silver models available here.
View Deal

Instant Pot Duo Plus 8 Quart 9-in-1: $54.95 at Amazon
Save $50 – Snag a $50 discount on the Instant Pot Duo Plus pressure cooker – that’s the lowest price ever, and a Prime Deal well worth snapping up while you can. This highly reviewed Instant Pot is big enough to cook for up to five people, with nine different appliances in one and 15 customizable smart programs.View Deal

LG 34WK650-W monitor: $284.99 at Amazon
Save $115 – Traditionally, ultrawide monitors like the LG 34WK650-W have always been extremely expensive. But this one has always been affordable, and this amazing Prime Day deal brings the price down to $284. We’ve only seen this price appearing a few times this year, so if you missed out in January you’ve got another chance today.
View Deal

Samsung Qi certified fast charger pad: $19.99 at Amazon
Save $30 – We’ve never seen a lower price on this Samsung Qi fast charging pad, with the closest record set at $24.99. That makes this $19.99 price all the more exciting, especially considering this pad charges a wide range of Samsung Galaxy phones and watches as well as the iPhone.
View Deal

Razer DeathAdder Essential gaming mouse: $19.99 at Amazon
Save $30 – This is the cheapest price we’ve ever seen on the already affordable Razer DeathAdder Essential gaming mouse – just $19.99 after a $30 discount. With a 6400 DPI sensor you’re not getting premium performance here, with with five macro buttons there’s plenty of customization for budget buyers here.
View Deal

Fire TV Stick 4K with Alexa Voice Remote: $24.99 at Amazon
Save $25 – Stream your favorite content in 4K resolution with HDR too, with the 4K Fire TV Stick that’s on sale for just $24.99 – that’s a return to the lowest price we’ve ever seen. The streaming player includes an Alexa voice remote so you can use your voice to control your TV.
View Deal

Echo Dot (3rd Gen) Smart Speaker: $19.99 at Amazon
Save $20 – Get half off the 3rd generation Echo Dot in the Prime Day sale. We’ve seen this one take big discounts before, but this appears to be the best ever price for this Alexa-equipped smart speaker.
View Deal

More Amazon deals to check out (before they’re gone…)

Portugal vs France live stream: how to watch Euro 2020 match free and from anywhere

Wed Jun 23 , 2021
Cristiano Ronaldo and Kylian Mbappe lead an all-star cast as the group stage wraps up with a clash of the Euros champions and the World Cup champions, in a repeat of the 2016 final. It’s a privilege to get a chance to see them face off so early in the […] 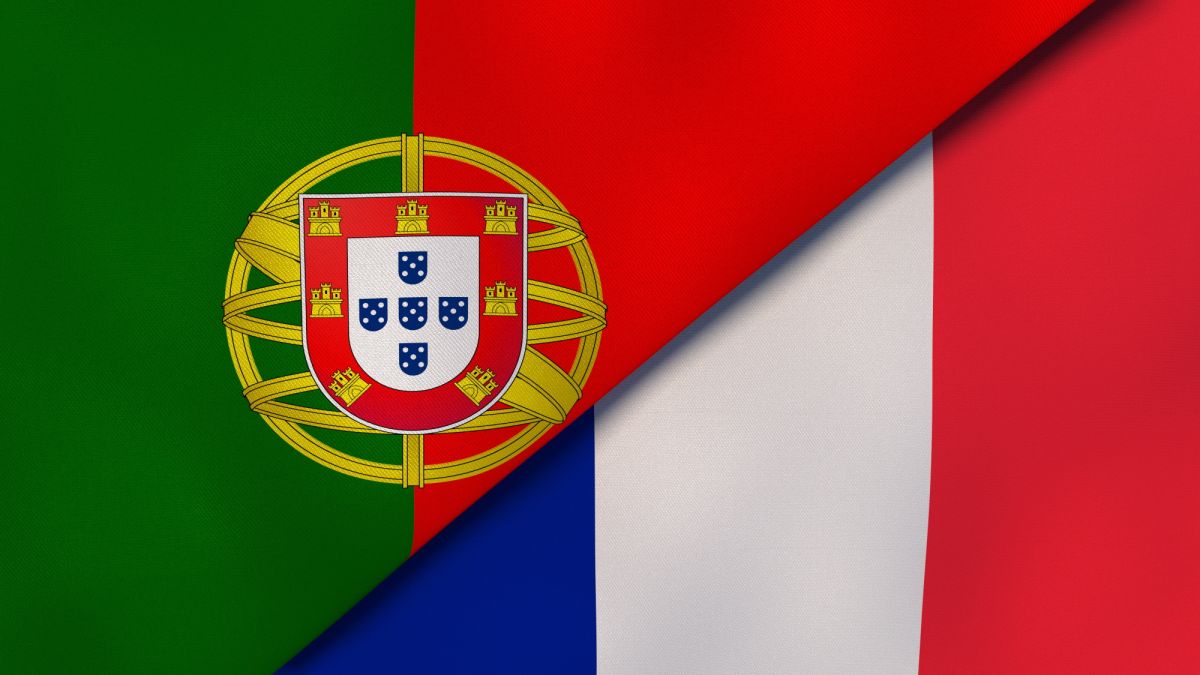