LIVE UPDATES HAVE CONCLUDED FOR THIS EVENT. FOR A FULL RECAP, PLEASE CHECK OUT THE FINAL GAME STORY, HERE.

North Carolina kicks off its season at Virginia Tech. News & Observer staff writer C.L. Brown and columnist Luke DeCock are in Blacksburg to capture the action. Check back here for updates as the game progresses.

It’s been quite a while since the No. 10 Tar Heels began a season with such promise and potential and at 6 p.m. they’ll finally get a chance to prove if it’s worth the hype. Carolina hasn’t won a season opener on the road since 1993 in a win at USC. They hope to change that tonight against a Virginia Tech team that is 1-11 at home against ranked teams since 2010.

Grayson Atkins converted a 41-yard field goal for Carolina to pull it back within a touchdown. The play was set up by a pass interference penalty on Tae Daley, while he was defending a third down pass to Emery Simmons.

Tayvion Robinson caught a 13-yard pass in the left corner of the end zone that was initially ruled a touchdown. It was overturned on review. John Parker Romo then missed a 31-yard field goal attempt to keep the Hokies from adding on to their 17-7 lead.

Carolina came up with its second takeaway when linebacker Jeremiah Gemmel pressured VT quarterback Braxton Burmeister into a poor throw that JaQurious Conley caught out of the air. The joy was short-lived as UNC’s Sam Howell was picked off for a second time in the game, after a pass was tipped. The Hokies take over at the UNC 36.

John Parker Romo made a 48-yard field goal as Virginia Tech answered Carolina’s scoring drive. The drive was powered by an 18-yard scramble by Braxton Burmeister.

UNC running back D.J. Jones converted a fourth and inches at midfield which set up the first score. Receiver Josh Downs took a Sam Howell pass 37 yards for a touchdown.

Carolina had its second best drive of the game end with an interception. Quarterback Sam Howell appeared to complete a pass to receiver Justin Olson. But Tech defensive back Jermaine Waller also managed to have possession and as the two fell to the ground, Waller took the ball away. The play was not reviewed as the Hokies took over at their own 25.

UNC nearly escaped giving up a touchdown for the second time. But on third down from the UNC 11, Braxton Burmeister found tight end James Mitchell settled behind UNC’s Kyler McMichael to put the Hokies up two scores. Tech converted three third downs on the drive and are a perfect 6-for-6 on the game.

The Tar Heels found a rhythm offensively and marched down to the VT 26. But on third-and-7, Mario Kendricks came through the line virtually untouched and threw Sam Howell for a 13-yard sack. It effectively took the Heels out of field goal range at the UNC 39.

UNC coach Mack Brown emphasized takeaways in the offseason, and the Tar Heels came up with a big one. Free safety Trey Morrison stripped Keshawn King with the Hokies threatening to score. Strong safety JaQurious Conley made the recovery for the Heels to end the threat at their own 10-yard-line.

Virginia Tech went 75 yards in eight plays and scored on a Braxton Burmeister 4-yard run. The key play on the drive was a 33-yard catch and run by Raheem Blackshear.

C.L. Brown covers the University of North Carolina for The News & Observer. Brown brings more than two decades of reporting experience including stints as the beat writer on Indiana University and the University of Louisville. After a long stay at the Louisville Courier-Journal, where he earned an APSE award, he’s had stops at ESPN.com, The Athletic and even tried his hand at running his own website, clbrownhoops.com.

Mon Sep 6 , 2021
Increased Shopper Demand Ramps Up Business Launch, Now Slated for 2022 Wirepas, a Finnish firm on a mission to improve business IoT, nowadays announces an injection of resources aimed at accelerating the growth of the world’s 1st objective-crafted non-cellular 5G engineering. On the heels of asserting the item and new […] 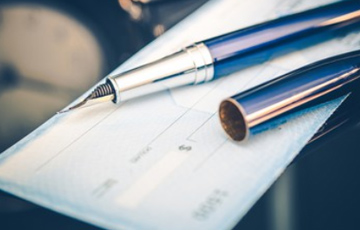