STUTTGART, Germany — In less than two years, NATO hopes to have its own, modified version of the U.S. Defense Advanced Research Projects Agency (DARPA) up and running.

Alliance members agreed at the 31st annual summit, held June 14 in Brussels, to launch a new initiative dubbed the Defence Innovation Accelerator of the North Atlantic, or DIANA, meant to speed up trans-Atlantic cooperation on critical technologies, and help NATO work more closely with private-sector entities, academia and other non-governmental entities.

The goal is to have DIANA reach initial operating capability (IOC) by 2023, David van Weel, assistant secretary-general for emerging security challenges, said at a Tuesday virtual roundtable with reporters. By next year, the hope is to have “the initial parts … starting to come up into fruition,” he added.

In the long term, DIANA will have headquarters both in North America and in Europe, and link to existing test centers throughout NATO member countries that will be used for “validating, testing, and co-designing applications in the field of emerging and disruptive technologies,” van Weel said. DIANA will also be responsible for building and managing a network meant to help relevant startups grow and support NATO’s technology needs via grant programs.

The focus will be on national security and defense purposes, and DIANA will not ask for or solicit companies’ intellectual property, van Weel noted.

While he singled out artificial intelligence, big-data processing, and quantum-enabled technologies, DIANA is meant to support all seven of the key emerging and disruptive technologies — or EDTs — that NATO has identified as critical for the future. The other four include: autonomy, biotechnology, hypersonics and space.

Sometimes a technology company may not realize that their product could be viable for the defense community, he added.

One key component of DIANA will be a trusted capital marketplace, where smaller companies can connect with pre-qualified investors who are interested in supporting NATO’s technology efforts. Ensuring that investors are vetted ahead of time will allow NATO to ensure “that the technology will be protected from illicit transfers,” van Weel said.

Thanks for signing up!

By giving us your email, you are opting in to the Early Bird Brief.

Members also agreed for the first time to build up a venture capital fund to support companies developing dual-use and key technologies that could be useful to NATO, and which will be optional for member-nations to participate in. The NATO Innovation Fund, as it’s called, would have a running time of about 15 years to start, and would be underwritten by about 70 million euro (about $83 million) per year, per van Weel.

The goal is not for NATO headquarters or for its member-nations to run the innovation fund, he noted. “The actual running of a venture capital fund, we believe, should be done by companies that have a broad range of experience in the field.” He cited the U.S.-based capital venture firm In-Q-Tel as an example of the type of partner NATO would seek to run the “day-to-day” business of the fund.

“I read somewhere that NATO is not a bank—we’re not,” van Weel said. “But it will be the nations providing the funds, and giving the general direction.”

These two initiatives of a technology accelerator and innovation fund are “hopefully going to … bring the alliance forward into the 21st century,” van Weel said.

NATO has previously invested in information technology (IT) and software through the NATO Communications and Information Agency (NCIA), but the difference with the innovation fund, and DIANA, is that the alliance wants to better connect with early-stage startups, rather than larger software companies or traditional defense firms, van Weel said.

“DIANA is not about taking over innovation for the NATO enterprise,” he said. “It’s a different community, and requires different funding mechanisms and different types of engagement.”

These two initiatives have been long awaited and demanded by NATO observers, and versions of both a “DARPA-like” technology accelerator and an alliance-wide investment bank were included in a 2020 list of recommendations by NATO’s advisory group on emerging and disruptive technologies.

But it is still early days. While the IOC goal is 2023, “step one is we want to know from allies what they want to offer to DIANA,” van Weel said. Once the NATO Innovation Fund has its participating members, for example, a charter will be set up that will lay out the funding models, rapid contracting processes, and leadership guidelines.

“We are trying to do this as fast as we can,” van Weel assured, but then noted, “we do want to get it right, because … with the startup community, you only get one chance.”

Fri Jul 2 , 2021
ATLANTA — Not only were being the Mets bloodied Wednesday evening, but they took a possibly stinging hit to the proper side. The scramble to fill the starting off rotation turned more pronounced as David Peterson departed the mound with the coach in the fourth inning, ending a brutal overall […] 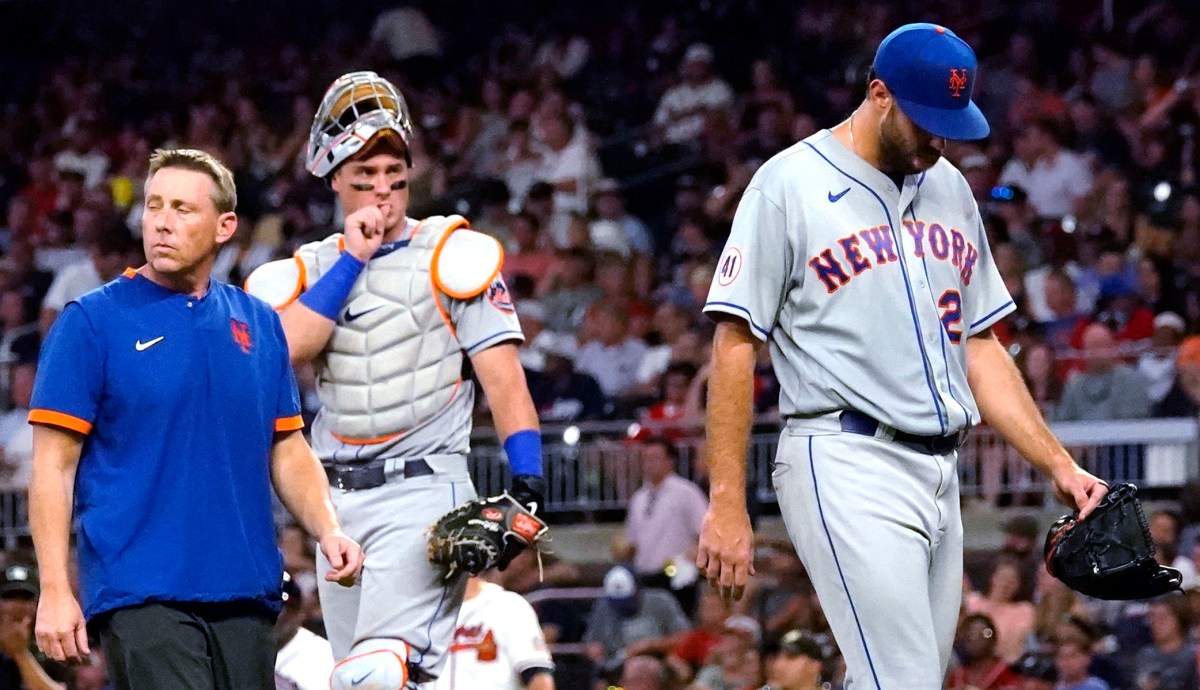