Cryptocurrencies traded lower on Thursday as regulatory concerns resurfaced. Bitcoin broke below initial support at $34,000 and is down about 5% over the past 24 hours. The cryptocurrency could stabilize around $30,000, which is the bottom of the month-long trading range.

There is a lack of a “real catalyst or market-moving events right now,” wrote QCP Capital in a Telegram chat. “We expect volatility to remain under pressure until mid [to] late August.”

“With BTC, we have seen some funds speculate that the lack of narrative combined with lower levels of liquidity on exchanges may lead to a pop in prices if a positive headline is to occur,” wrote Chris Dick, quant trader at crypto trading firm B2C2.

Growing concerns from regulators have been weighing on cryptocurrency prices over the past few months. This week, China’s crackdown intensified when the nation’s central bank issued a warning about the risks of stablecoins.

“Global stablecoins may bring risks and challenges to the international monetary system,” said Fan Yifei, deputy governor of the People’s Bank of China (PBOC) on Thursday. The banker also said the central bank was already taking measures against cryptos.

In Europe, several countries are proposing forming a new agency to crack down on cryptocurrencies that could potentially be used for money laundering. Concerns also include terrorist financing and organized crime, which should be addressed at the European Union level, according to documents reviewed by Reuters on Thursday.

And in the U.S., Sen. Elizabeth Warren (D-Mass.) gave the Securities and Exchange Commission (SEC) until the end of this month to figure out its role in regulating cryptocurrencies.

Some analysts are not convinced that bitcoin could receive a boost from the expiration of investor restrictions on the sale of shares in the Grayscale Bitcoin Trust (GBTC), the world’s largest cryptocurrency fund. (Grayscale is a unit of Digital Currency Group, of which CoinDesk is an independent subsidiary).

“We don’t expect these unlocks on [their] own to have significant impact on the overall market outside of GBTC itself,” QCP Capital wrote in a Telegram chat.

“Most of the large institutional positions who had subscribed in-kind before have already been unlocked earlier, and they have held off selling at the current discounted price.”

“A low SSR implies high quantities of stablecoins on the sidelines – or more buying power to purchase risk-on digital assets,” wrote David Grider, strategist at Fundstrat, in a Thursday newsletter.

SSR shows that flows have shifted from bitcoin to stablecoins for most of the year, but recently bottomed out. This could point to investor confidence in bitcoin’s price direction as stablecoin cash is put to use.

​​Circle, operator of USD coin, the world’s second-biggest stablecoin, announced it is listing on the New York Stock Exchange via an acquisition by Concord, a special purpose acquisition company, or SPAC, led in part by former Barclays CEO Bob Diamond. The deal values the crypto financial services firm at $4.5 billion.

The Boston-based firm generates income in three ways, according to its investor presentation: from transaction fees on USDC and interest earned on its reserves; transaction and treasury services (TTS); and SeedInvest, the equity crowdfunding platform it purchased in 2019.

Jeremy Allaire, CEO of Circle, wrote in a tweet that the transformation from a private to a public company “creates an opportunity for Circle to also provide significantly more transparency about the business we are building around USDC, and about the reserves that back USDC.”

USDC has grown to about $25 billion outstanding from less than $1 billion a year ago, while an increasing number of investors have demanded more insight into assets backing the stablecoins.

All digital assets on the CoinDesk 20 ended lower on Thursday.

Sat Jul 10 , 2021
This is a rush transcript from “The Ingraham Angle,” July 7, 2021. This copy may not be in its final form and may be updated. I’m Laura Ingraham. This is THE INGRAHAM ANGLE from Washington. Is Facebook, Twitter and YouTube over their alleged censorship? Well, are they going to be […] 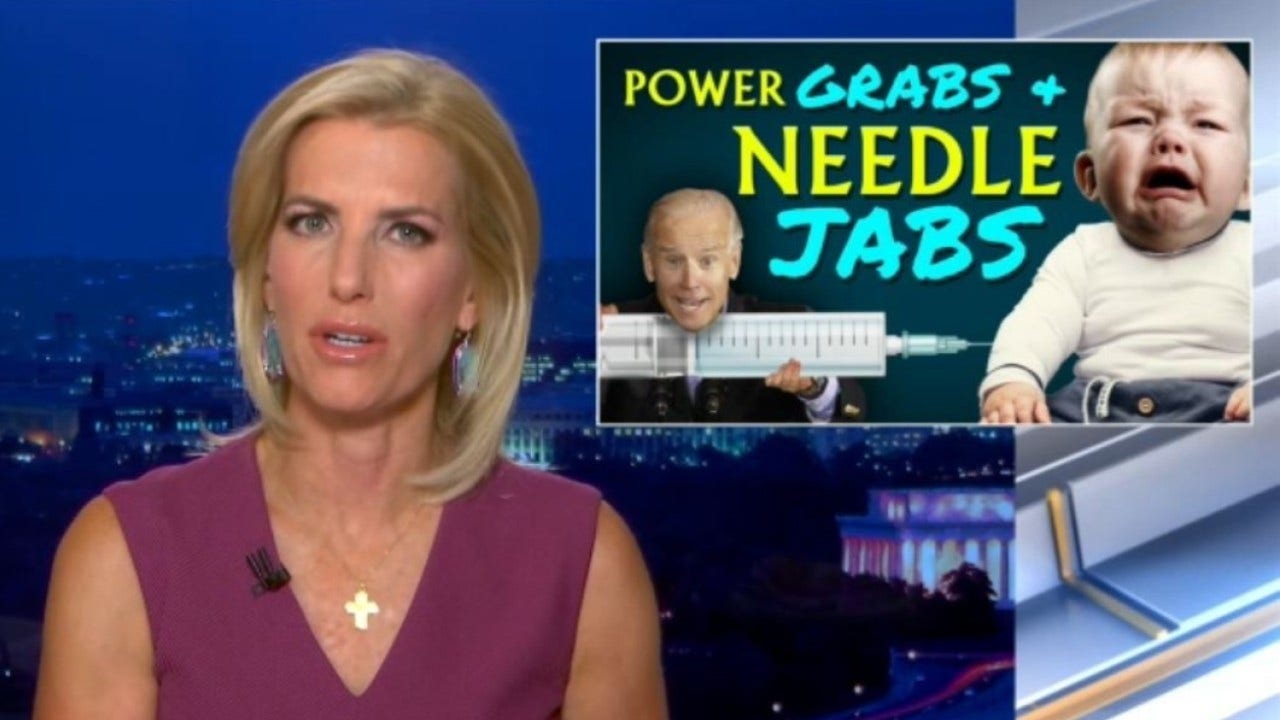