Former WBC junior middleweight champion Jaime Munguia continues his step up to the 160lb division as he takes on Kamil Szeremeta in this WBO Intercontinental middleweight title showdown. Read on to discover the fight time, full card and your best Munguia vs Szeremeta live stream options to watch, with DAZN the main broadcaster around the world.

Mexican star Mungia is seen as one of boxing’s brightest hopes, but has been left frustrated waiting for a fight since October. The 24-year-old had been slated to fight the more fancied Maciej Sulecki, only for the Polish fighter to pull out of the bout on two occasions through injury.

A replacement fight against D’Mitrius Ballard following Sulecki’s first withdrawl in April was also nixed. So his opponent tonight is another experienced Polish fighter Kamil Szeremeta, who has stepped in at short-notice.

Munguia is itching to one day challenge the likes of big guns Jermall Charlo,  WBO titlist Demetrius Andrade and Gennadiy Golovkin and a bout against the highly-rated Sulecki would perhaps have provided a clearer picture of where he stands against the division’s best fighters.

Neverthless, having held the European middleweight title from 2018 to 2019, Szeremeta should still provide a stern enough test for the Mexcican.

Follow our guide below to catch this big fight – here’s how to watch Jaime Munguia vs Kamil Szeremeta online and get a Munguia vs Szeremeta live stream, no matter where you are in the world.

You can watch Munguia vs Szeremeta for free – but only in certain parts of the world. And you can at least get the fight dirt cheap in other countries.

The cheapest of the cheap sees DAZN UK available for just £1.99 a month! It’s also equally cheap to watch Munguia vs Szeremeta in Australia or New Zealand, where DAZN is currently being offered for the introductory discount price of just $2.99 a month, compared to the steeper DAZN US price of $19.99 a month.

Boxing fans in Canada are also in luck, as while it costs 20 bucks in the Great White North, you can get a FREE trial of DAZN in Canada, as well as in Germany, Austria, Switzerland, Spain, Brazil and Japan.

Streaming service DAZN  has the rights to show the Munguia vs Szeremeta fight all over the world, including the US, UK, Australia, New Zealand and Canada. In fact, the only place it seems DAZN isn’t showing the fight is Mexico.

DAZN Canada is priced similarly at $19.99 per month, however a 12-month subscription comes in at $150. It’s one of the few places that offers a FREE DAZN trial though.

The headline act is expected to start around 6pm ET / 3pm PT on Saturday evening/afternoon in the US, which is 11pm BST on Sunday night in the UK, 8am AEST Down Under, and 10am NZST in New Zealand – though this of course depends on how long the earlier fights last.

What is DAZN? All about the sports streaming service

Pronounced ‘Da Zone’, DAZN is a sports-centric streaming service that launched in 2016 and is now available in over 200 countries all around the world including the US, Canada, UK, Australia and New Zealand.

Its offering varies by region, but as an idea, it owns the rights to the Premier League, Champions League, NFL, cricket, snooker, rugby union and more in Canada – one of its original and biggest markets.

It’s also seeking to challenge the pay-per-view boxing hierarchy, and is landing an increasing number of coups.

As we say, DAZN has this wrapped up pretty much everywhere. But if you’re abroad and discover that your coverage is geo-blocked, then the only alternative that we know is to use a VPN to dial in to a country that is showing the fight.

The software is perfect for this as it allows you to change your IP address and appear to be in a completely different location – and all through a safe, encrypted connection. Here’s how to get started.

Use a VPN to live stream Munguia vs Szeremeta anywhere

ExpressVPN is the world’s top VPN
We’ve tested all of the major VPN services and we rate ExpressVPN as the absolute best. It’s compatible with loads of devices including iOS, Android, Amazon Fire Stick, PlayStation, Apple TV and such, and we found it secure, speedy and simple-to-use.

Another great perk is the fact that it comes with a 30-day money back guarantee and 3-months FREE, so you can see if it’s right for you with no strings attached.

Once you’ve downloaded the software, just follow the prompts to install it then select the location you want to relocate your IP address to – it really is that easy.

Remember, there are loads of benefits to using a VPN beyond just helping you regain access to streaming services and content from abroad. One of the biggest is security: by using encrypted tunnels, VPNs give you a robust first-line of defense against cybercriminals and government snooping. This makes everyday tasks like online shopping and banking much safer, and many people choose to use one for that reason alone.

However, those looking to subscribe to DAZN for the first time may find the service manages to effectively block certain VPNs at the point of creating an account. VPNs most notably encounter obstacles starting from scratch with DAZN Canada, though in other places like the US our general sports VPN recommendation was working fine in 2021.

And if you’ve already got an account, a VPN should work wherever you are to help you regain access to pre-existing subscriptions.

Who is Jaime Munguia?

Widely considered the best up-and-coming boxer in the world, Mungia has seen his dramatic ascent through the ranks stunted since moving up to middleweight following a succession of cancelled fights and deals falling through.

The Tijuana native is 36-0 with 29 knockouts and is a former junior middleweight champion.

Munguia’s last fight came back in October, when he stopped Tureano Johnson in the 6th round with an unstoppable uppercut that busted his opponents top lip wide open.

Polish fighter Szeremeta (21-1, 5 KO) has primarily built his boxing CV on the European circuit, having won and twice defended the EBU title.

Having earned top IBF contender status, Szeremeta was given a crack at the legendary Gennadiy Golovkin in his last fight back in December, but provided no match for GGG, who pounded him into submission in the seventh round in somewhat brutal fashion.

I-25 visitors in Colorado qualified in new pilot software

Sun Jun 20 , 2021
Easing the infamous rush-hour gridlock on Interstate 25 south of Denver will require controlling thousands of motorists’ entry to the highway with fraction-of-a-second precision in no way in advance of found in Colorado. It’s why in the up coming number of months, state transportation officers will start the Clever 25 […] 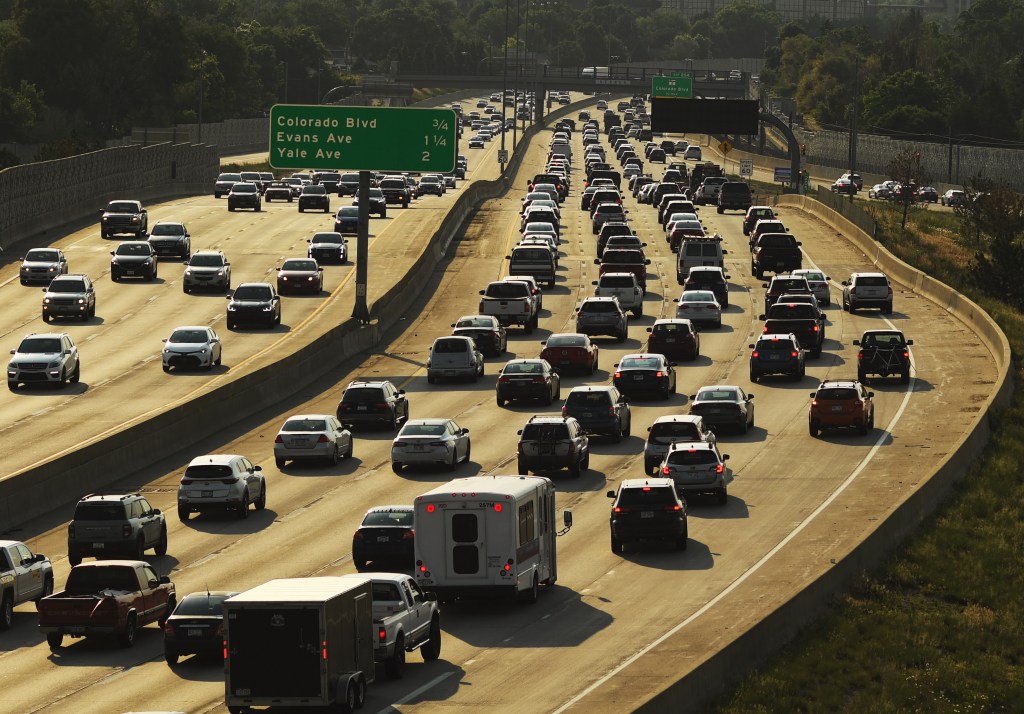