If I could sum up why you need to attend in one chart, it would be this…

One creates wealth. The other destroys it.

One is rooted in yesterday’s economy. The other is riding the wave of technological advancement.

The black line, which has gained 384% over roughly the last seven years, is IGV, the iShares Tech-Software ETF.

The green line, which has lost 34% over the same period, is XLE, the SPDR Energy Select Sector ETF.

And that gaping cavern separating where IGV and XLE stand today?

Tonight, Eric and Louis will be discussing not only how to avoid being a victim of the Technochasm, but how to create potentially life-changing wealth from it.

***This decade will generate enormous riches for some, while destroying it for others

Regular Digest readers are familiar with the Technochasm – that’s Eric’s term to describe the vast, and widening, wealth gap that’s taking place in America. Much of this gap can be attributed to investment wealth from cutting-edge technologies that accumulates in the hands of a few.

As we stand today at the beginning of a new decade, this divide will only intensify – further stratifying our society and our investment markets.

What this means for you, as an investor, is that it’s critical to position your portfolio on the right side of it. If you don’t, the wealth destruction could hobble your portfolio and retirement savings.

You just saw what happened to XLE over the last six years. Keep in mind, XLE holds the biggest, most successful energy companies in the world – Exxon, Chevron, ConocoPhillips, Marathon, and Kinder Morgan to name a few. These companies are in the portfolios of millions of Americans.

Now, you’ve probably read here in the Digest how the oil trade has been doing great over the past many months – which it has.

But even including this recent outperformance, over last six years, XLE has destroyed 34% of every invested dollar.

If you’d been approaching retirement over the last decade, needing to walk a fine line between growing your nest egg and protecting it, this loss could have derailed your financial security.

This same dynamic is playing out in other sectors. And in doing so, it’s transforming our stock market.

***The creative destruction of technology

Technology continues to advance. And as it does, it destroys old ways of doing things.

While this has always been true, it’s happening today at a far greater pace. There are two reasons behind this…

Reason 1 – The Law of Accelerating Returns.

This principle is rooted in exponential progress – basically, the idea that each new technological step advances on a multiplicative basis, rather than an additive basis.

But thanks to exponential progress and the Law of Accelerating Returns, this has all changed – now we multiply the advancements.

Today’s technology is growing at a multiplicative rate.

While this has been true for some time now, a recent occurrence is accelerating this change even more. This leads us to the second reason…

The economic lockdowns in 2020 accelerated the transition from “people-powered” to “robot-powered” in the business sector.

We’ve seen this throughout the entire economy…

From corner grocery stores – a robot that counts inventory, a real example being “Tally” from Schnucks grocery store in St. Louis…

To big retailers – the apparel store, Gap, which is more than tripling the number of item-picking robots it uses in its warehouses. Each machine handles work typically performed by four people…

This is exponential progress, accelerated by the coronavirus.

More importantly, this is not a temporary change. It’s a complete redesign of our economy.

Back in November, Federal Reserve Chairman, Jerome Powell, spoke directly to this point during the ECB Forum on Central Banking:

We’re not going back to the same economy.

We’re recovering, but to a different economy, and it will be one that is more leveraged to technology…

I think you’ll see more telework. You’ll see probably the acceleration of automation. All of that was in the process of happening, but you’re going to see much more of it…

***How this translates to your portfolio

When one dollar invested in technology can eventually save, say, ten dollars in payroll expense, it’s obvious why robot-power is replacing people-power.

But what exactly happens to all those payroll-dollars that were saved?

Well, they stay within the business and typically do one of two things…

They’re reinvested back into a company’s research and development, which helps that company create even newer technologies that separate it from “old school” companies.

Or, those saved dollars add value to a company’s balance sheet, which drives up a stock price – or those dollars are paid out as dividends, which pad investors’ account balances.

Either way, technology promotes a wealth transfer – from the masses, from those who had been employees yet lost their jobs to technology – to a select group of businesses and investors.

Regardless of whether you believe this is fair or morally-just, it’s happening.

As divided as our world today, things are soon to grow even worse.

(The Technochasm) is splitting the financial world and stock market in two.

The bad news is that there’s a new technology coming online that will split the two sides even farther apart.

If you fail to prepare for it, you could get left behind and watch the value of your retirement nest egg erode.

The good news is that if you take the appropriate steps now, you could see some incredible gains…

You need to understand what exactly is happening, who the winners AND losers will be, and how it will forever change the stock market.

Tonight’s event will reveal all of these issues and far more.

Eric’s work on this topic is obvious. He’s the creator of the term “Technochasm,” and we’ve been profiling his work on the topic for well over a year. But what is Louis’ role in tonight’s Summit?

Well, first, Louis has been following Eric’s work for years and is a big believer in his research.

Second, if there is anyone who knows the power of technology to transform our lives, it’s Louis – a man whose computer-based algorithms have guided his investing decisions for more than 30 years.

In recent quarters, Louis’ system has been highlighting more and more technology-based stocks as rooted in fundamental strength. Given this, he’s been positioning his own subscribers in technology, and believes it’s critical for all investors going forward.

Interestingly, Louis has also noticed the disruptive technology that Eric just referenced a moment ago, and believes that what’s coming will be huge.

A new technology is about to gain mass adoption and unleash $56 trillion in new economic wealth.

And it will usher in a new economic revolution that could kick off a massive supercycle in certain technology sectors.

Eric and I believe this opportunity is so BIG, we’re willing to promise you could make at least $100,000 over the next year.

Again, all these details will be explained this evening.

I’ll add that just for attending the event, you’ll get the name and ticker symbol of a company that’s at the heart of this $56 trillion opportunity. You can reserve your seat by clicking here.

Bottom line – technology is transforming our world, and by extension, our investment markets. Tonight’s 2021 Tech Supercycle Summit at 7 PM ET will help put your portfolio on the right side of this sea-change.

Have a good evening,

The post A “Massive” Supercycle in Tech appeared first on InvestorPlace.

Fri Jul 30 , 2021
Publicly traded enterprise intelligence business MicroStrategy is pledging to include more Bitcoin to a company harmony sheet that now contains 105,000 BTC truly worth about $4 billion. In a assertion issued prior to the convention, MicroStrategy CEO Michael Saylor pointed out: “We keep on to be pleased by the final […] 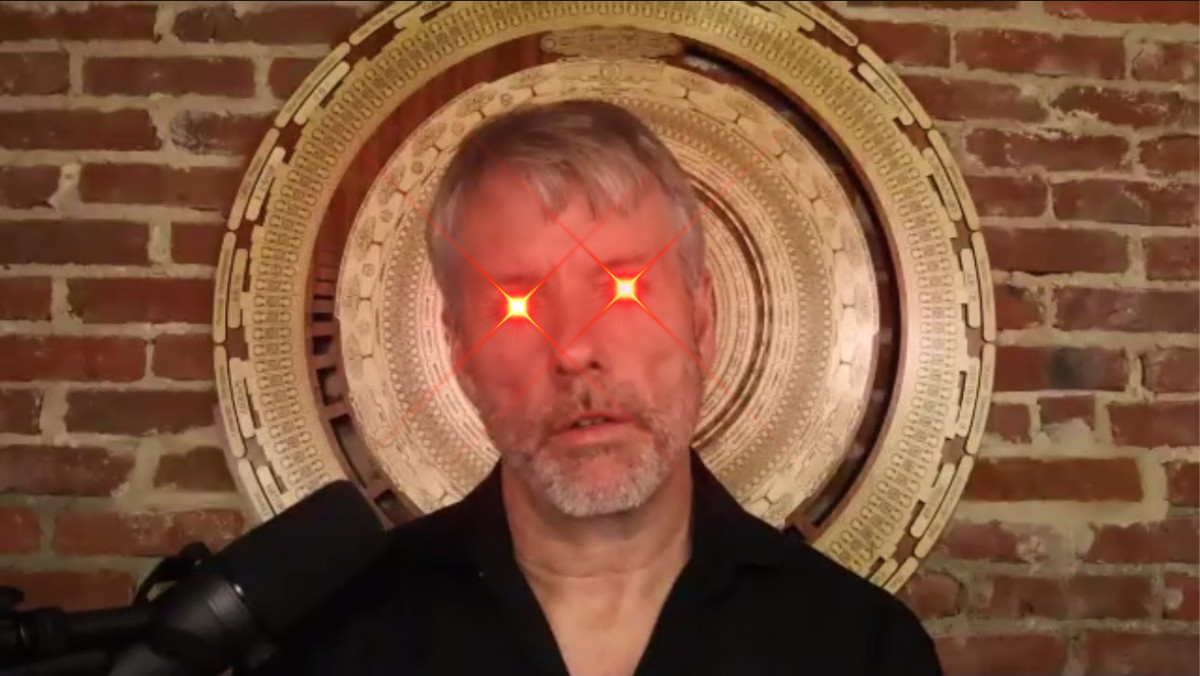